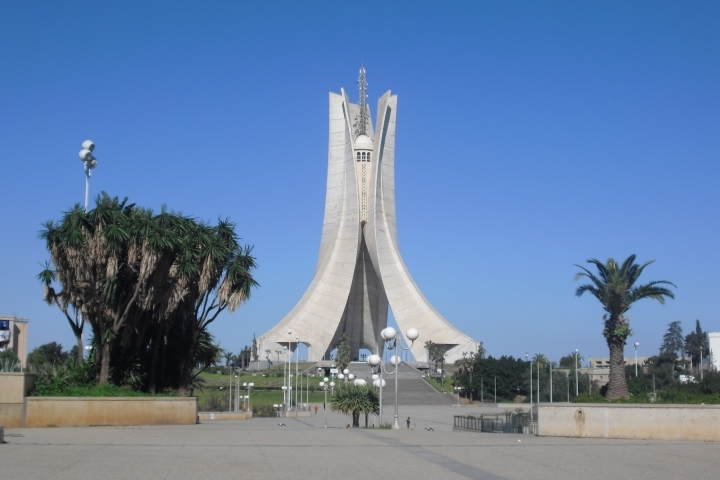 Learn all about the characteristics of North Africa's major market

Located at the point of convergence of three worlds: Mediterranean, Arabic and African, Algeria holds a strategic geographical position. Today it is the third largest economy in the Middle East and North Africa (MENA) zone. The main cities, agricultural land and industrial activity is concentrated in the North. To the South, the Sahara Desert is a region that abounds with natural resources and hydrocarbons. Algeria is undeniably a land of opportunity.

The EU accounts for 49.2% of Algerian imports and 68.3 percent of Algerian exports. In 2017, an Algerian-European cooperation programme was launched, entitled Pilot Actions Programme for Agriculture and Rural Development in Algeria (PAP-ENPARD-Algeria). Worth €20 million and funded in equal proportions by Algeria and the European Union, the programme aims to support the strategy to diversify the Algerian economy and revitalise rural territories through productive activities with the aim of increasing revenue and employment.

Food accounts for an average of 42% of Algerian household spending, and mainly concerns relatively unprocessed basic products. Indeed, the government maintains the prices of staples such as sugar, seed oil, bread, semolina and bagged pasteurised milk at a low level by “administrating” their prices. This means that their consumption remains high. However, it should also be noted that the middle class is beginning to emerge, with higher demands relating to the quality, availability and practicality of products that it consumes. Meanwhile another even wealthier class is in search of more refined products with Algerian and Muslim characteristics.

The Algerian food sector could also develop much more quickly if modern distribution was itself sufficiently developed. While large and medium-sized firms are modernising, many small firms do not master processes, traceability, filling and packing, international standards or banking and tax procedures. Food industry firms must sometimes manage their own distribution networks themselves. They provide assistance to their wholesalers to enable them to acquire their equipment. For example, the cold chain is not secure in all sectors, and some ice cream firms provide their wholesalers with freezers.

Algeria’s leading goal today is to develop local production to increase its self-sufficiency in fast-moving consumer goods. Subsequently, and when this production complies with international standards, Algerian firms will be able to begin to export. Today there is demand in Europe for certain typically Algerian products, offering new opportunities to large Algerian groups which are ready to export.

For more than 15 years, DJAZAGRO has been working for the benefit of Algerian food industry firms to enable them to find foreign suppliers of machinery and inputs who are ready and willing to support them in their growth.

Come and join them!

Algeria, the growth partner for your firm!