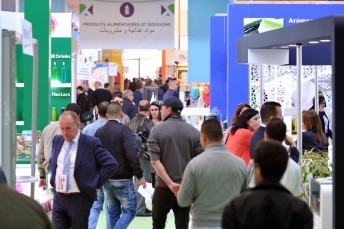 The Algerian outlook in the food sector

In recent years, Algeria has undertaken modernisation efforts and made progress in several production sectors.

The development of the Algerian market and demand continues to be sustained due to population growth and the increased puschasing power observed by the country since 2016.

However, many weaknesses are holding the country back in its progression. To address these problems, Algeria whishes to create partnerships with foreign firms and most particularly with French companies. Its aim is to improve its production, by drawing on a range of French know-how and technologies.

In its development drive, the country is witnessing the steady launch of new projects which are beneficial to its economy: new roads, metros, trams, hospitals, hotels, etc... but also important new initiatives in the agri-food sector, with the launch and development of several major irrigation projects and major farming projects. Within this sector, Algerian consumption continues to grow. The country today possesses a major asset through its capability of offering an exhaustive service attuned to market expectations.

In this aim of growth and improvement, the Algerian government supports production and promotes consumption in the farming sector. This has led it to promote imports, to the detriment of local production (still too slow compared with the changing needs of the country). These different developments are further supported by the positive image of the French agri-food industry, which is well-established in the country. The government is leaning towards the transformation of its national production whilst also promoting export.

Through these developments, Algeria becomes a source of opportunity for foreign companies. Roday the country is considered to be a high potential market.